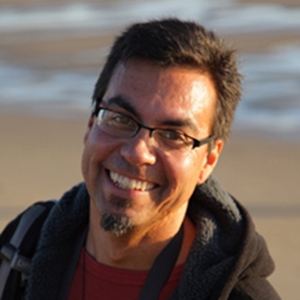 James Freed is an experienced exhibit designer, with 20 years working in the industry. His specialty is conceptual design and three-dimensional development of educational exhibits.

A skilled draftsman and illustrator, James has a background in architectural and interior design. Originally from Los Angeles, CA, James grew up in the Bay Area, but returned to southern California to attend Art Center College of Design in Pasadena. After earning a BFA in Art Center's Illustration program in 1992, he worked as an artist and animator in the software industry for several years before moving into exhibit design.

James loves drawing, painting, and photography, especially outdoors and is an avid hiker, swimmer, and cyclist.

James also teaches drawing and design to both graduate and undergraduate students at the Academy of Art University in San Francisco, where he has been an adjunct professor since 1995.

He also teaches Design at UC Berkeley Extension in San Francisco. In 2013 he completed a Master of Arts Degree in Education from Sonoma State University, with an emphasis in sustainability education.